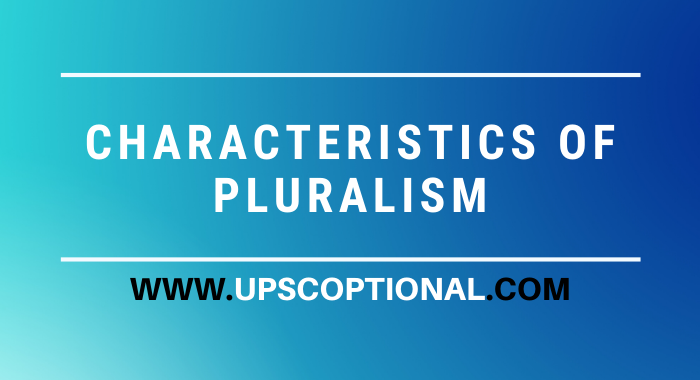 Write a note on Pluralism / Characteristics of Pluralism.

Ans – Pluralism is used, often in different ways, across a wide range of topics to denote a diversity of views, and stands in opposition to one single approach or method of interpretation.

Benefice, in the sense of holding multiple ecclesiastical offices.